The Connection Between Tooth Loss, Aging, and Depression

The Connection Between Tooth Loss, Aging, and Depression

After age 25, the body really begins to show signs of aging. Unfortunately, many factors can expedite the aging process. Although it’s natural for wrinkles to appear, not everyone wants to look older than their actual age. One of the two factors that can expedite the aging process is tooth loss and depression. There’s a common misconception that it’s normal to lose your teeth as you age, but that is not true. Tooth loss isn’t a natural process and can have an impact on one’s mental health and the aging process. Discover the connection between aging, depression, and tooth loss. 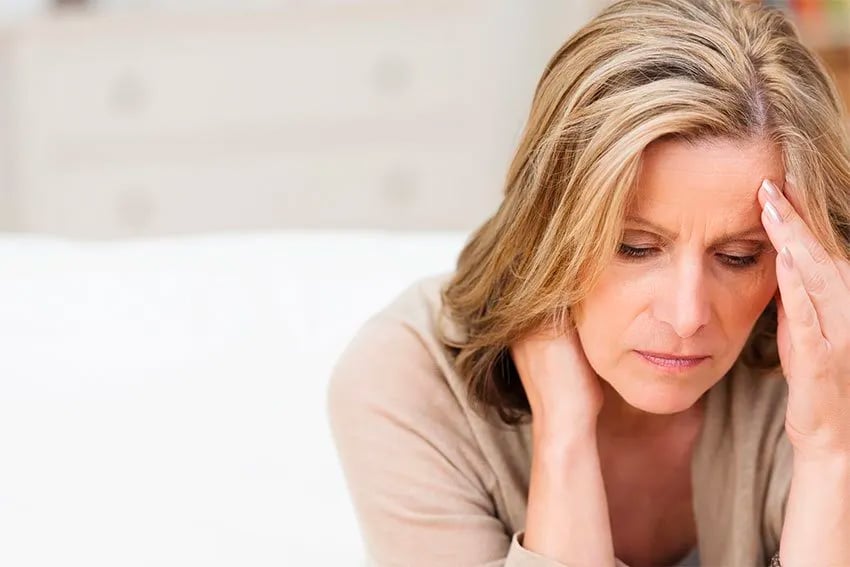 Depression Can Make You Age Faster

One of the most common mental health problems in the US is depression and nearly 16 million adults have suffered from a depressive episode in the past year. Depression is linked with a higher risk of cardiovascular problems in addition to a shorter lifespan.

New research also indicates that depression can cause premature aging. Research conducted by scientists at Amsterdam University Medical Center in the Netherlands studied DNA structure and found that people who suffer from major depression have a biological age that is eight months older than people who don’t suffer from depression.

Premature aging was most common in people who suffered from adverse childhood experiences including trauma, violence, neglect, or abuse.

So why does depression cause premature aging? Through epigenetics. Epigenetics is the changes in gene expression that don’t affect the DNA sequence. These changes typically occur due to environmental or lifestyle factors. DNA methylation is one of the mechanisms that occur with epigenetic change. The methyl group gets transferred and added to the DNA. The scientists found that patients with depression had a higher depress of epigenetic and methylation change that indicates an older age (biologically older). In some severe cases of depression, patients were 10 to 15 years biologically older than their chronological age.

By age 50, the average American has lost an average of 12 teeth. That’s over a third of their teeth. Unfortunately, with tooth loss, it can make life a lot more difficult, especially if a replacement option is not chosen. Without a replacement, several problems can occur including:

When you lose your teeth, your jaw bone recognizes that it no longer needs to hold anything in place. As a result, bone loss begins to occur. As the bone begins to disintegrate, the facial structure no longer has support. This can cause a sunken-in appearance to present itself. The loss of facial structure height can also cause your skin to become loose and begin to hang under the chin and on the neck. It’s also common to see more wrinkles around the mouth. The result is looking much older than your age.

So, what can you do about it? First, we strongly encourage you to seek help for your depression.

To combat the physical effects of aging on your face, FOY® Dentures are an amazing solution. Not only will FOY® Dentures replace your missing teeth, but they will actually help you look younger. That’s why they’re known as the Denture Fountain of Youth®. FOY® Dentures use neuromuscular dentistry to allow the dentures to work with your nerves, bones, muscles, and other parts of your jaw system. With this approach, they offer better support, functionality, appearance, fit, and longevity than the leading economy dentures.

The neuromuscular approach also allows the dentures to provide your facial structure with the support it needs to smooth wrinkles, tighten loose skin, and ultimately help you look younger – all without plastic surgery.

If you would like to look younger with help from FOY® Dentures in Columbia, SC, please call our office to schedule a consultation with Dr. Adam Hahn at (803) 781-9090.