Will False Teeth Solve the Mystery of a Rebel Leader’s Last Treason?

Will False Teeth Solve the Mystery of a Rebel Leader’s Last Treason?

Everybody needs teeth. Whether you’re a loyalist or a rebel, a peasant or a lord, if you don’t have teeth you can’t chew. So it’s natural that over the millennia that dentures have been used, they would be involved in many different historical events. 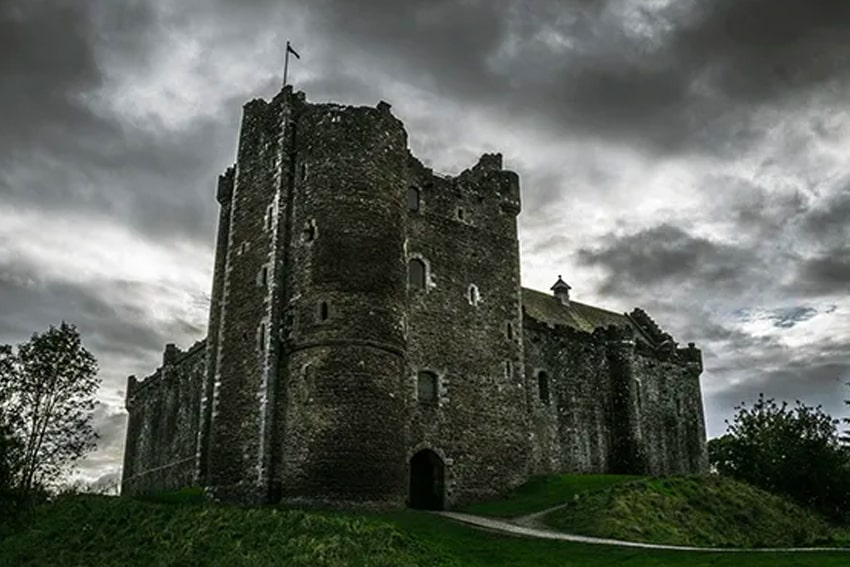 This includes the attempt of Scottish nobles to overthrow the King of England and restore a Catholic monarch to the throne in the 18th century. In this revolt, Simon Fraser, the 11th Lord Lovat was defeated on the field of battle, convicted of treason, and beheaded. His story is receiving more attention these days because of the role it played in season 2 of Outlander , about a time-traveling woman who finds romance and adventure in 18th century Scotland.

Before he was executed, Lord Lovat’s ability to manipulate his foes earned him the nickname “The Fox,” and it’s believed that his cleverness may have allowed his eternal remains to escape the British, even if his temporal life could not.  Lord Lovat’s remains were supposedly interred in the Tower of London where he was executed, but some believe his followers were able to swap the body with another one and secretly move it back to his beloved Scotland.

Now Lovat’s dentures may prove whether this story is true.

Unmarked Remains to Be Tested

Stories about Lovat’s remains being removed center on the existence of some unmarked remains in the Fraser of Lovat crypt at the Wardlaw Mausoleum near Kirkhill, Inverness. To determine whether they belong to Lord Lovat. To make the determination, researchers will compare the remains to two sets of dentures owned by Lord Lovat.

Lord Lovat had two sets of dentures because one was said to be his good pair, though it’d be hard to tell it. The dentures are crude constructions, and it’s really hard to tell which is which. Neither looks like they’d be considered good dentures today.

How Dentures Could Provide the Answer

Dentures won’t be much use for the first round of testing Lord Lovat’s remains. That’s because the remains that were removed from the crypt were headless. To confirm the identity of those remains, the experts will look for evidence of Lord Lovat’s notorious gout. Then they will attempt to extract DNA from the corpse and see if that can be used to establish the identity.

Dentures Fit for a Lord

If you’re unhappy with your current dentures and are looking for a set of dentures that you will love, then we invite you to call (803) 781-9090 today for an appointment with a Columbia, SC denture dentist at Smile Columbia Dentistry.