Seagull Steals Dentures in UK: Why Would a Bird Want Dentures?

Seagull Steals Dentures in UK: Why Would a Bird Want Dentures?

As hard as it is to accept that one person would steal another person’s dentures, it seems even harder to believe that a seagull would. But that’s what happened in the seaside town of Torquay in Britain.

But what would a bird want dentures for? They don’t even have teeth. Here are a few possible reasons, and–surprise–they’re mostly serious. 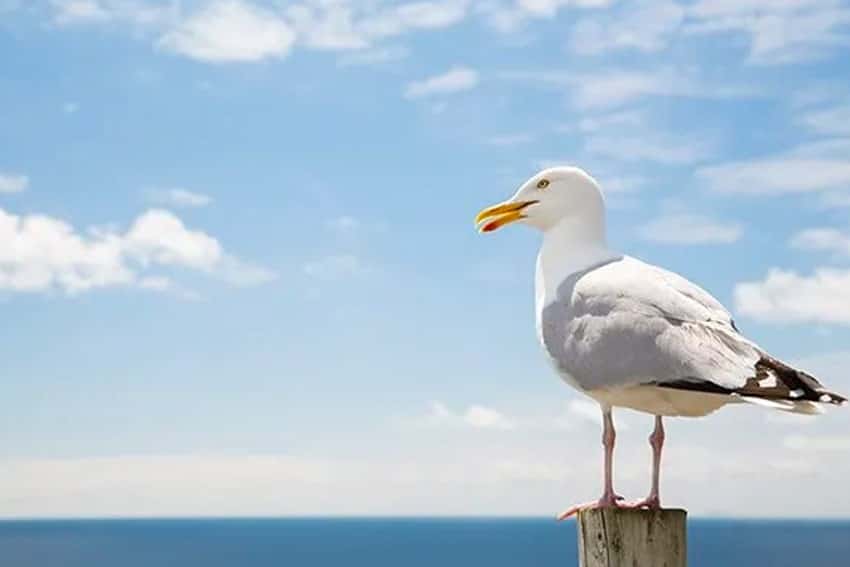 We all know that beautiful dentures can make it easier to find a date. You might not think that’d be the case for seagulls, who don’t normally have teeth, but the bird probably wouldn’t wear the dentures. Instead, he might make a gift of the dentures to a potential mate. This is a common courtship behavior among many bird species. Although it’s not normally the case for seagulls, it’s possible that this seagull thought it could make an impression by trying something different.

Or, because seagulls traditionally mate for life, maybe it’s an anniversary present. Since seagulls only live about 15 years, it’s unlikely that they could have reached the pearl anniversary (30 years), but maybe they count these things differently.

Sometimes dogs chew up dentures, often because they smell like food. This is usually because the denture hasn’t been properly cleaned and has excess food residue on them. This could easily be the case if, for example, someone started eating and then realized they wanted to continue on without their dentures, but didn’t take the time to clean them.

Seagulls are pretty aggressive scavengers, especially in tourist areas. It’s easy to imagine a seagull might smell something that seemed like food and picked it up. And of course, then it’s not going to let the denture go. Although a few years ago, a woman did retrieve some dentures snatched up by a gull.

A variation on the food theory is that the seagull convinced himself that the dentures are a clam. In that case, the seagull would try to crack it open, which typically means flying high in the air and dropping it on a hard surface like a street or a roof. If that’s the case, the owner is unlikely to see his dentures intact after this.

A Nice Accent for the Nest?

Just like seagulls mate for life, they often build large, elaborate nests that get built on year after year. If the gull was looking for something to spruce up the nest, the dentures might have seemed a good choice–especially as a chair. The smooth surface and concave interior probably make it seem like an ideal place to rest your little birdy bottom.

We aren’t exactly at the seaside here in Columbia, but we do have our share of gulls. And it seems like it’s impossible to keep them away sometimes. So the best way to keep your dentures safe from gulls is to keep them in your mouth where the gulls can’t steal them.

To make it easier to keep your dentures in, you should get comfortable dentures like FOY® Dentures. Implant dentures can also help by taking the stress off your gum tissue. And if you do take your dentures out, make sure they are properly cleaned so that they’re unlikely to be sought out by animals.

To learn more about comfortable, gull-proof dentures, please call (803) 781-9090 today for an appointment with a Columbia, SC denture dentist at Smile Columbia Dentistry.