Have you ever heard of disposable dentures? No? That’s strange, because we live in America, the supposed innovators of this eccentric idea.

Of course, there is actually no such thing as disposable dentures. The idea comes from an Irish humor columnist John B. Keane. In his column, which was published on Feb. 22, but is, ironically, recycled from 1973, he suggested that Americans had developed dentures that would allow you to “chew, then chuck”. He says these are as readily available in America as “rubber women” (not going to touch that one . . .) and that they’re made of scrap plastic.

But if we’re just considering the concept, what are the potential pros and cons of disposable dentures? 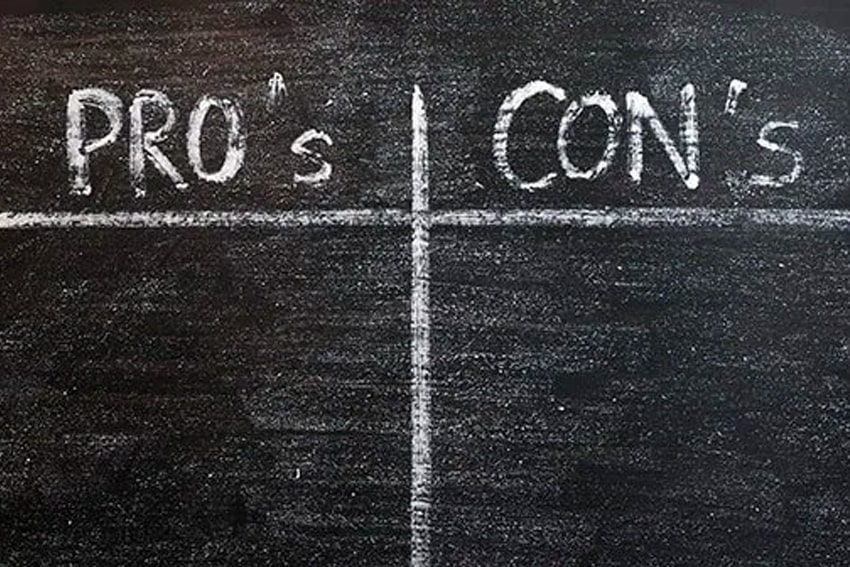 Cheap Up Front –As Keane proposes it, these dentures would be made of scrap plastic, so they’d be very affordable. He says they can be gotten for under a dollar. Since  the cheapness of dentures is one of the most important selling points for some buyers, this would potentially make them a very popular buy.

No Need for Maintenance –There are, admittedly, some finer points of denture maintenance that can be hard to keep straight. With disposable dentures, you can ignore all that, and just throw them away.

No Dentures by the Bedside –Among the denture maintenance that you can give up, you wouldn’t have to soak your dentures if they were disposable. So there’s no need to keep your dentures on your bedside table where anyone can see them.

Easy to Replace –Dentures stolen by seagulls? Or a neighbor? No worries about denture replacement here. Just pop another one out of the box. You don’t even have to go back to the bar where you forgot them.

Expensive –Like other cheap dentures, these disposable dentures are actually really expensive. Sure, you might not pay very much for them up front, but when you add together the longterm costs, you see that these dentures are actually really expensive. If you replaced the disposable dentures after every meal, you’d be looking at something like $1100 a year for “cheap” dentures. Think that’s not much? Consider that $1 in 1973 is worth about $5.82 today, and you realize that the true cost is more like $6400 a year. At that rate, they may be cheap, but they’re not inexpensive when compared to a quality denture like FOY ® Dentures.

Waste –Supposedly, the dentures are made out of scrap plastic, but even so the amount of waste created by disposable dentures would be staggering. If even a quarter of the 20 million Americans that use dentures adopted this technique, we’d be looking at about 5.5 billion dentures thrown out every year, which may be over half a million tons worth of waste plastic. All at a time when we realize that we have to cut down on plastic waste to save our oceans.

Poor Fit –As with current cheap dentures, it’s unlikely that these disposable dentures would be well fitted. Most likely, they would be poorly fitted and barely functional for the purpose of eating. You could expect that many of them would break under use, and that they’d often be uncomfortable, even painful to wear.

No Neuromuscular Support –If you only put your dentures in for eating and then threw them out after use, you would be without dentures most of the time, which can put your jaw in an unhealthy position, leading to TMJ or other bite problems. Even if you did wear these dentures, their poor fit ensures that they wouldn’t be able to hold your jaw in a healthy position.

Nor is this the end of the drawbacks to these dentures. We could go on and on. For example: how could you possibly lay in a sufficient supply for the apocalypse?

Don’t Be Taken in by Economy Dentures

Disposable dentures are obviously a bad idea, but they’re actually not that much worse than what is commonly sold as “economy dentures” these days. Economy dentures make lots of promises to be attractive, functional, convenient, and, most of all, inexpensive. The truth is that they’re often none of those things.

It’s worth it to invest in quality dentures, ones that will fit right, function right, and last.

To learn more about how to get the best value for your dentures in Columbia, SC, please call (803) 781-9090 today for an appointment with a denture dentist at Smile Columbia Dentistry.