Dentures are one of the oldest prosthetic technologies, and the dream of perfect dentures has long been a feature of mythology. Consider the Maya story of Vucub Caquix, Seven Macaw, who died of shame because he lost his beautiful teeth and had them replaced with unattractive and dysfunctional dentures. 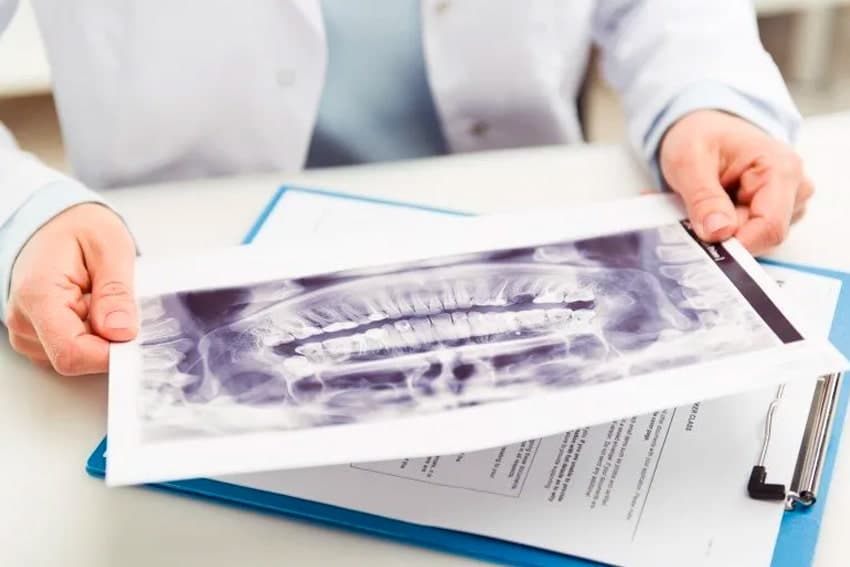 Attempts to replace teeth with functional dentures have not been very successful. Most examples from the ancient world, such as Egyptian and Etruscan dentures, were nonfunctional. It’s only in the Early Modern period that people began to make functional dentures, and those were a long way from the heights of today’s technology like FOY® Dentures.
But now a new discovery may push back the origin of truly functional dentures to as early as the 15th century.

Power to Buy the Best of Everything, Including Dentures

These newly discovered dentures were found in a tomb belonging to the Guinigi family. This powerful banking family ruled the town of Lucca in the late 14th and early 15th centuries. Lucca is located in Tuscany, just north of Pisa. The Guinigi family left many marks on the town during their reign, including this tomb in the chapel of San Francisco. Perhaps the most famous landmark of the Guinigi family is the Guinigi Tower, an excellent example of Renaissance architecture, standing tall over the city with its parapets and garden of shade trees at the top.
Their tomb was built in the early 15th century, but remained in use for over 200 years, so it’s possible the dentures could be from as late as the 17th century.

Dentures Ahead of Their Time

These dentures are very advanced examples of technology for the time they were produced. In fact, they have some advantages over many cheap dentures made today. The denture has five replacement teeth: three central incisors and two canines. Because it would be a long time before porcelain teeth were invented , this denture was made using natural human teeth. Of course, this far predates Waterloo teeth.
The denture has an advantage over many early dentures because a gold band is used to secure the teeth together (they’re fastened with tiny screws, masterfully crafted like screws for jewelry or watches). This gold band made the denture resistant to rot, which commonly affected dentures made of ivory or wood. The entire structure was attached to remaining natural teeth with similar screws.
What’s most remarkable about these dentures, though, is that they were truly functional. They have tartar deposits on them that confirm they were in the mouth for a long period of time, suggesting that the person wore them and ate with them.

How Can We Determine the Age of the Denture?

Because the tomb was in use for such a long period of time, there was no way to date the dentures when they were excavated.
However, we may be able to determine the age of the dentures by looking at the teeth themselves. Teeth often carry markers of their origins. Failing that, the tartar itself will trap markers from the time when they were in use.
This truly amazing discovery reminds us how long people have been working to achieve the goal of dentures that are truly lifelike in appearance and function. If you are looking for attractive, functional dentures in Columbia, SC, please call (803) 781-9090 today for an appointment with a denture dentist at Smile Columbia Dentistry.