We know that lip support is a big problem for people with dentures. Many people end up with sunken lips, including lips that fold inward.

Some dentists have proposed that traditional dentures provide better lip support than implant dentures because these dentures fit over the ridge that used to support the teeth. Called a “labial flange,” it was proposed that these might add needed volume to give better support to lips.

But now a detailed, 3-part study has analyzed the impact of the lip flange and found that it makes little difference in the support and appearance of the lips. 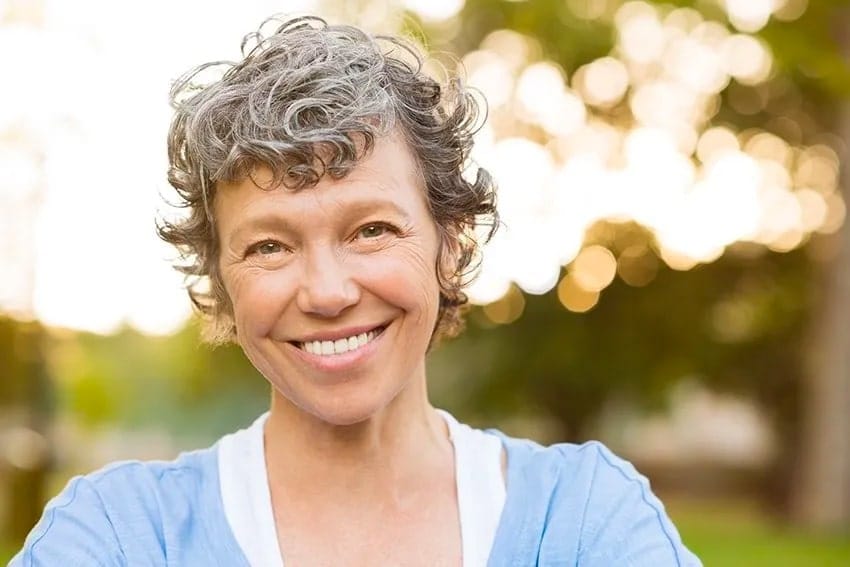 To determine how much difference the lip flange made in the appearance of facial features, researchers designed three different experiments.

They compared the dimensions of major anatomical features in both pictures and found that there were few statistically significant differences.

Researchers then wanted to know if the differences, however small, might significantly impact a person’s appearance when judged by another individual. So they assembled a panel of 60 judges: 15 general dentists, 15 prosthodontists, and 30 lay people. The panel was asked to rate the attractiveness of 80 pictures taken from 20 of the 31 patients in the first experiment.

Here, there was a slight difference in attractiveness. Images taken with labial flanges were rated 4% more attractive than those without flanges.

Then the panel of reviewers was told what they were looking for, and shown images that specifically focused on the lip region. When asked to look specifically at lip support, dentures with lip flanges were generally rated even more attractive (an average of about 5%). Judges were also asked to pick out which images had flanges or didn’t. The judges were all generally able to do this, although prosthodontists were the best at it.

Lip support is an important aspect of your appearance with dentures. Having good, natural-looking lip support can help you be happier with your dentures. Although this study showed a significant (if small) difference in subjective appearance, the study is flawed.

But a lip flange doesn’t really reflect the natural lip support of people with a full set of healthy teeth. There isn’t a lip flange on a natural jaw. Instead, the ridge that supports teeth is more robust. Longer teeth and placement in the ridge also help teeth provide proper support to the lips. Implant dentures can provide this, and often provide it better than traditional dentures.

FOY ® Dentures go one step further, using careful measurements of your mouth to ensure that your new dentures fully replace the size and shape of your natural teeth to provide the best lip support.

Would you like to learn more about the aesthetic benefits of implant dentures and FOY ® Dentures in Columbia, SC? Please call (803) 781-9090 today for an appointment with a denture dentist at Smile Columbia Dentistry.