Why Human Teeth Became Popular in Dentures (and Then Weren’t)

Why Human Teeth Became Popular in Dentures (and Then Weren’t)

Modern dentures are a marvel of technology. Especially high quality FOY® Dentures utilize so many advanced materials and techniques to achieve results that are so attractive and functional that it’s hard to appreciate just how much of a struggle it was to get where we are today.

But if you look back in history, there were many false starts and blind alleys in denture technology and techniques. One of the techniques that came into favor and then fell out of favor was the use of human teeth in dentures. 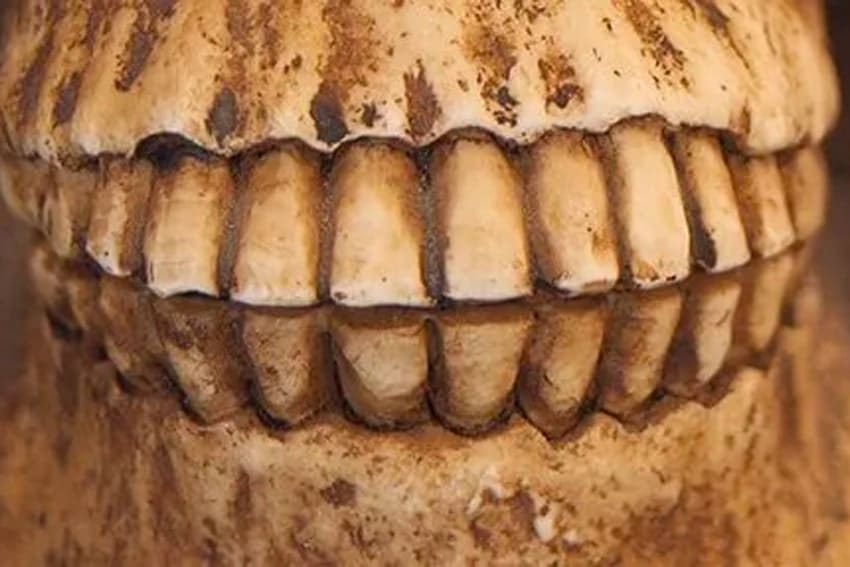 Dentures have been made intermittently since the time of the Etruscans in 700 BC, but modern dentures really only date from the 16th century (although a single example exists that may be from the 15th century). There were many materials used to try to make dentures practical, affordable, and attractive. Sometimes they were made of wood, but more often they were made of ivory, lead, gold, and bone. The use of human teeth seems to have been employed periodically, but it didn’t really take off until the dentistry fad hit Europe in the 17th century, partly because of the skill of the French surgeon Pierre Fauchard. He is considered the father of modern dentistry by some, and our word “dentist” comes from the French dentiste , or tooth.

Although Fauchard described many methods to replace lost teeth, the French aristocracy decided that there really was no substitute for human teeth when it came to replacing their own lost teeth. The fad spread across Europe and to the Americas. Even George Washington had sets of dentures made with human teeth.

This set up a booming business for dentists, who could go around to towns and get paid for pulling teeth from the poor, and then turn around and sell those teeth to the rich. Even with this revolving door trade, though, the demand for teeth was high, and so were the prices. A 1795 advertisement says the cost for a single human tooth–uncut and unmounted–was $7. That was how much a US Senator was paid a day at the time. Today, a Senator makes $476 a day.

Why Human Teeth Fell out of Favor

What really stopped the use of human teeth in dentures was their shortcomings. First, the teeth had a tendency to rot in dentures just the way they could if they were your own natural teeth. People also became aware of their ability to spread diseases, especially syphilis. No matter how good they look, nobody wanted a set of dentures that would give them syphilis. Gotta respect that.

These days, no one would even consider putting human teeth in dentures. That’s because modern materials are more durable than natural teeth, and they look just as attractive. (That, and they don’t carry any diseases!)

If you want to learn more about what makes modern dentures so amazing, please call (803) 781-9090 today for an appointment with a Columbia, SC denture dentist at Smile Columbia Dentistry.